The Enforced Silence of the Dissenters 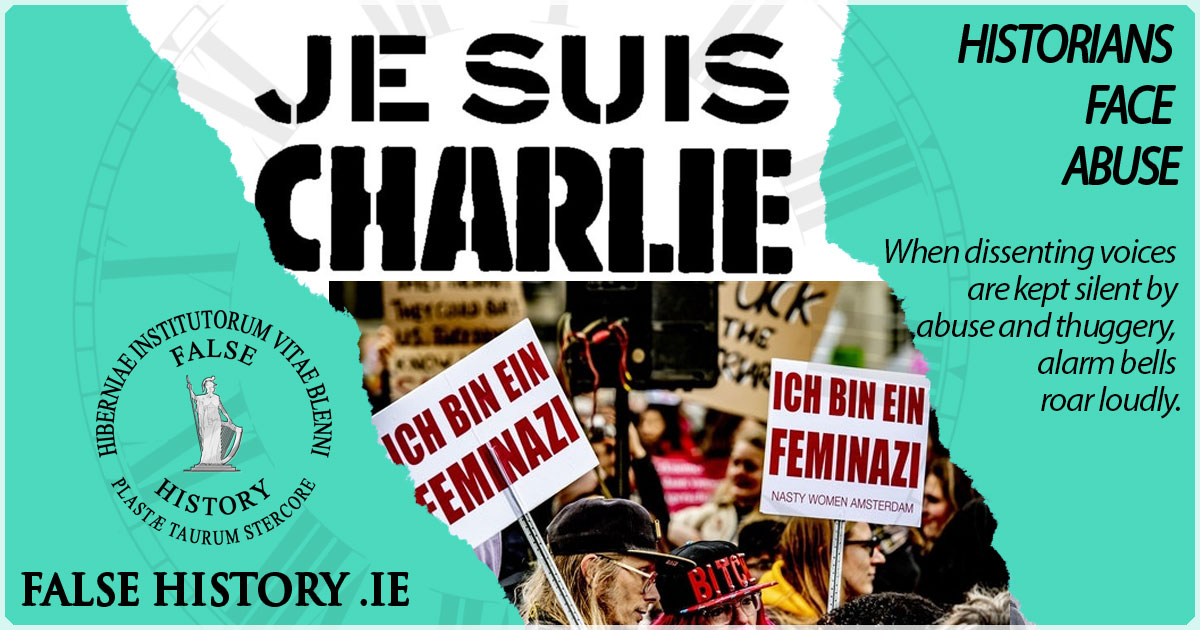 The Tuam Children’s Home or to give it its full title, St. Mary’s Home, Tuam was not exclusively a mother and baby home. It functioned as a refuge for mothers and their children and abandoned and unwanted children which included disabled children. It is called a mother and baby home by scandal propagators to bolster the lie that the women running the home hated bastards and so abused and murdered them. This barefaced lie is based on a very excitable interpretation of death certificates.

Furthermore, many of the falsehoods upon which the scandal are founded requires that contradictory evidence be kept from public view. That is a role to which the abusive keyboard warriors and thugs have taken upon themselves to perform, and they do so, not only with gusto, but with malice. When dissenting voices are kept silent by abuse and thuggery, alarm bells roar loudly. So let us start defeating the thugs by elucidating the evidence which they work so hard to keep out of public view.

I present an account written by the late former editor of the Connacht Tribune, (a local Galway newspaper) and former resident of the Tuam Children’s Home, John Cunningham. Despite it being well documented and reported years before the current scandal, his evidence has been completely ignored. Cunningham wrote affectionately about his time in the Tuam Home and the care afforded to him there as a sickly child by a woman called Mary. John’s mother died shortly after his birth, and his father who had other children to look after, could not manage a new-born baby, the other children and provide for his family at the same time. Accordingly, little John was placed in the care of the women of the children’s home.

He wrote of his fondness he had for the Home, explaining that when his time came to return to his family ‘he stopped eating [and] mitched school’. ‘In retrospect, [Cunningham wrote] it is easy now to see that there was a second loss for me’.[1] Cunningham’s story dismisses a major canard of the scandal propagators. Cunningham was not illegitimate, and yet he was supposedly ‘imprisoned’ in a Mother and Baby Home.

The correct name of the institution is St. Mary’s Children’s Home and in all the historical sources it is referred to mostly as the ‘children’s home’. It was a refuge for poor, sick, abandoned, disabled and abused young children and sometimes their mothers, whether their children were legitimate or illegitimate. That is another critical fact completely lost through its deliberate misnaming of the refuge as the ‘Tuam Mother and Baby Home’. The intention is quite clear; the false name is a barefaced attempt to mislead the public into thinking that unmarried mothers and their children were victims of a cruel murderous regime. Moreover, when the institution’s real name is used, it takes a lot of the bite out of the allegations and so is far less useful to their intended purpose.