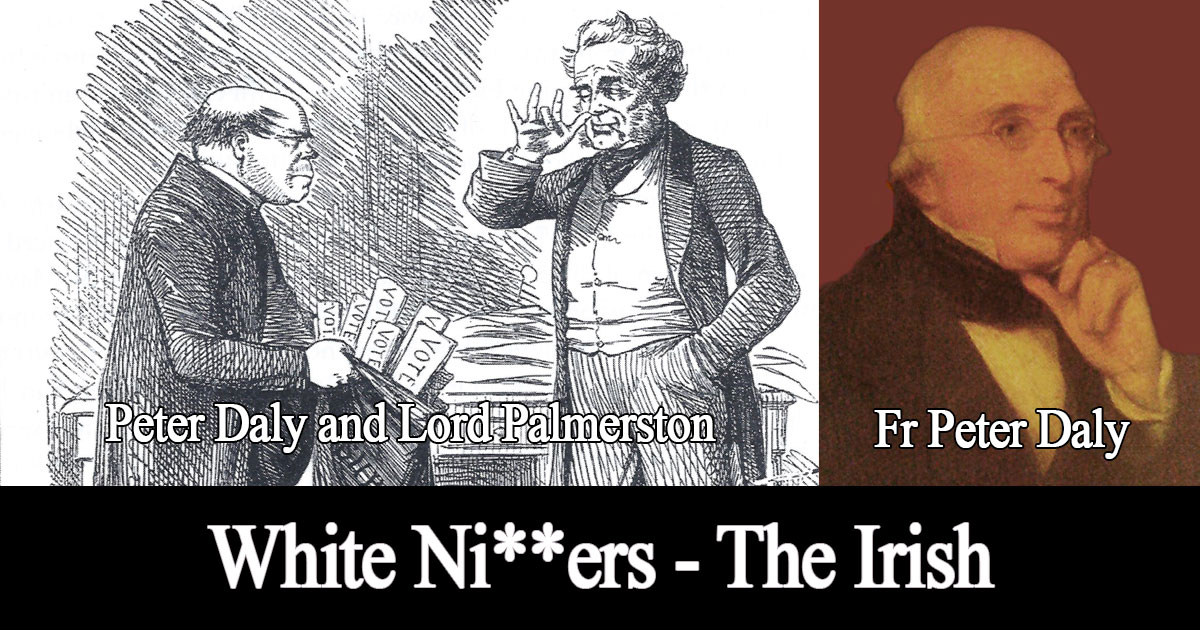 Recently a post on Irish History’s Facebook page carried out a learning exercise to gauge readers reactions to 1. historical anti-Irish racism and 2. as the rider at the end of the article states, what about the claim that the Irish were not slaves. The claim that the Irish were not slaves is one of the most obscurantist piece of pseudohistory to crawl out from under a rock in Ireland in recent years. The claim relies entirely on a very narrow blinkered view of what constitutes slavery. Similarly, the extract from 𝐼𝑟𝑖𝑠ℎ 𝑠𝑙𝑎𝑣𝑒𝑠 𝑖𝑛 𝑡ℎ𝑒 𝐶𝑎𝑟𝑖𝑏𝑏𝑒𝑎𝑛 by James F. Cavanaugh, a Clann Chief Herald, also contains many errors. Written in 2003 it appears to be the catalyst which caused such a reaction it led to the claim that the Irish were not slaves but indentured servants. Read the post here

Until recently, all Irish historians accepted that indentured servitude was a system where a person sold themselves temporarily into slavery. For many poor people, such voluntary slavery offered a route out of the poverty trap, which was in effect a pragmatic application of the maxim, short term pain with the prospect of long term gain. The indenture or contract, offered in return for the completion of 4 to 8 years of unpaid work, a free parcel of land, usually of 25 acres, which also included payment their transatlantic passage. Furthermore, indentured servants were offered the protection of the law. It’s clear that such a promise was lucrative and irresistible to many poor persons, not just in Ireland but from England, Wales and Scotland too and they went mostly to British controlled areas of the new world. On paper at least, the system seemed quite humane but the reality for many people, especially the Irish was very different.

The notion that the Irish were not slaves relies entirely on the unrealistic view that all contracts were honoured and no abuses took place. A more impartial, pragmatic and wider view encompasses evidence of anti-Irish racism and sectarian abuse which was visited upon a cohort of indentured servants. It has to be stated that non-Irish suffered abuse too, but it was most often more as a result of greed of their masters.

Every history student is taught that history is the study of the élite. It is written to glorify and justify their actions and vilify the enemy. History is also written by the victor with the result that the views and stories of the common people have not been transmitted directly down to us. These people did not write any history down, or if they did, it did not survive the passage of time. Accordingly, good history schools teach their students to question the elite view and look for corroborating evidence or disconfirming evidence from multiple sources. Moreover, quality control is achieved using a system of peer review, where scholars knock skelps of each other’s work. That system has become dysfunctional in Irish academic history in recent times, resulting in a massive amount of false history in circulation.

Into the vacuum caused by the lack of vernacular historical accounts and the relative abundance of élite accounts, space cadets are free to ride their unbridled unicorn roughshod over historical truth. However, when the totality of the evidence is restored, so too is the truth of the matter.

Yes the indentured servants had rights and recourse to the courts, if they knew how to use them. In this case dating from 1659, Sarah Taylor was caught after running away from her master and mistress’ home. She revealed to an investigating commissioner by the name of Joseph Wickes that she had been held in deplorable conditions by Captain Thomas Bradnox and his wife Mary.

Joseph Wickes testified that he had seen Mary Bradnox whip Sarah Taylor with the end of a rope and could not in justice pass by and let her suffer the violence. He reported it to the authorities and Thomas Bradnox agreed to stand trial, while Sarah agreed to return to her master’s home pending the court appearance. When the day came, Wickes and others testified in court on Sarah’s behalf.

‘[However,] despite these testimonies (and the prominence of some of the witnesses), the court punished Sarah for running away from the Bradnox house for twelve days, concluding that she had “noe Just Cause” for absenting herself from his service.’ […] One of the judges recommended that she be whipped, but the other three determined that “her Former stripes ware suffitient Corporall punishmt.” She was ordered to ask for her master’s forgiveness on her knees and then return to his service. (“𝐶𝑜𝑟𝑟𝑒𝑐𝑡𝑒𝑑 𝐴𝑏𝑜𝑣𝑒 𝑀𝑒𝑎𝑠𝑢𝑟𝑒”: 𝐼𝑛𝑑𝑒𝑛𝑡𝑢𝑟𝑒𝑑 𝑆𝑒𝑟𝑣𝑎𝑛𝑡𝑠 𝑎𝑛𝑑 𝐷𝑜𝑚𝑒𝑠𝑡𝑖𝑐 𝐴𝑏𝑢𝑠𝑒 𝑖𝑛 𝑀𝑎𝑟𝑦𝑙𝑎𝑛𝑑, 1650-1700”)

Obviously what once passed for as legal justice is unrecognisable now. Sarah had been whipped and had the “stripes”/scars to show for it. Yet the court, biased in favour of the master, ordered her to beg for forgiveness and if one judge had his way, she would have been whipped and returned to her master.

Were free persons whipped for breaking a contract or was it only reserved for slaves? Sarah, you will be glad to know won her freedom after two further court cases and Thomas Bradnox received compensation for the loss of his property.

Technically Sarah was not his property, her contract was. She was legally owned by the contract which in turn was owned by a master. For the plantation owners, the indenture system was a convenient legal whitewash giving them the same power over their “servants” almost exactly the same power they possessed over their slaves. It flies in the face of competent history that this obvious elitist legal obfuscation can be used in a negationist attempt to promote a fallacy of that there were no Irish slaves. Forcible transportation of prisoners, presumably in shackles also has to be ignored as has Irish sold as slaves outside the Americas.

It can be argued validly that Black people were subjected to a worse kind of slavery, referred to as chattel slavery. These people were the legal property of their master, they were owned for life and so too were their children. It was not the only kind of slavery and all unfree labour was involuntary or voluntary slavery whether abuse was present or not.

Racism, sectarianism and a wide range of discriminatory behaviours have their roots in illusory superiority. It is a phenomenon which is innate to human society and for the most part is benign and mitigated by societal forces. However, when sections of society organise and promote their notions of superiority and validate each other’s views, illusory superiority can quickly escalate into supremacism. Supremacism confers upon the supremacist the right to punish and abuse what they consider to be an inferior sub species. For readers of history, it is imperative to realise that when punishments and inhumane conditions are combined with negative stereotypes, supremacism is present.

One historian pointed out on our last post that white supremacists use the story of the Irish white slaves to somehow illogically downplay the abuse historically suffered by black people. It appears to be based on the notion ‘ah sure, it happened to us as well’ and because it happened to us, the black people have no right to complain. Reason and logic are an anathema to Supremacism which is the vilest of the human condition and it will grasp at any straw to justify its existence. The fact that some Irish people in the Americas have a shared heritage of abuse with the African Americans cannot be used to downplay the experience of Black slavery and heritage. It should be a shared bond, a mutual understanding combined with a willingness to ensure that racism and elitist justification for their continued discrimination should not be allowed to continue in the present day and into the future.

We have much more in common with Black people and I am sure it will come as a surprise to all sides to learn that the ‘n’ word was once used to deride the Irish as well. That was the purpose of the image in the last post and this. It was one of the 19th century monkey chants directed at the Irish.

The history is undeniable but in the next part, I will look at the errors in James F. Cavanaugh article and see while he has got significant facts and figures wrong, the overall thrust is genuine but has been attacked using the logical fallacy of 𝐹𝑎𝑙𝑠𝑢𝑠 𝑖𝑛 𝑢𝑛𝑜, 𝑓𝑎𝑙𝑠𝑢𝑠 𝑖𝑛 𝑜𝑚𝑛𝑖𝑏𝑢𝑠.