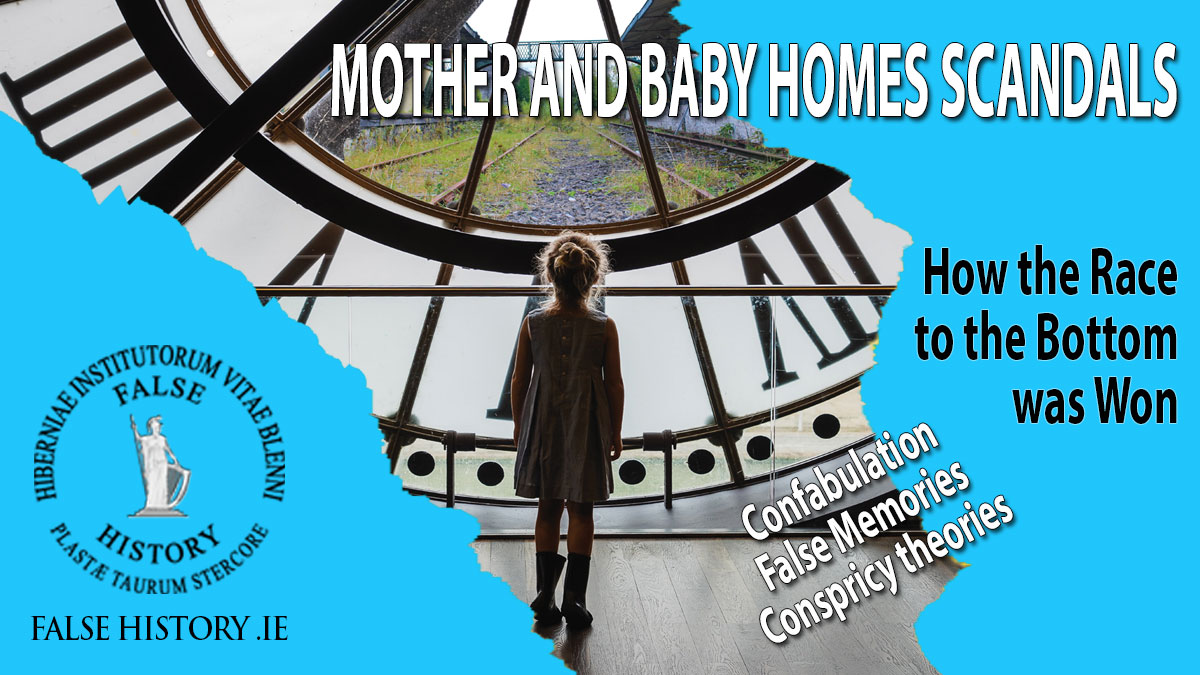 It has been called a holocaust, mass murder of babies with tales of abuse by a small but influential cabal of the country’s axe grinders. What does it say about Ireland’s  historians when the country’s most decorated historian is not a historian and the taxpayer, a turkey that has allowed itself to be plucked of all its feathers. – E. Jordan 2020

Ireland has been in the grip of major historical scandals in recent times, mostly based on a false interpretation of history. The mother and baby homes scandal which took flight in the world’s media in 2014, is peppered with lurid headlines and claims of murder and abuse and even a holocaust. Nothing could be further from the truth, but that has not stopped some sections of Irish society and politicians from jumping on the bandwagon, adding one spurious claim on top of another. Moreover, while most historians are silent, one or two less prominent academic historians have also chased after and jumped on the bandwagon. When we look for answers, it warrants an investigation into why the quality controls have become dysfunctional in the Irish university system.

Why would people go to the trouble of making up a false history, and what is in it for them?

There are powerful psychological forces at play which will cause us to believe in things which are not true, especially if they can create a sense of social superiority. The easiest way to achieve this is to create and hold views which denigrate other social groups, thereby giving one a sense of superiority, but it is illusory superiority.

Ireland society’s cultural biases and prejudices are so pervasive, and are inculcated from such an early age we hardly notice them. However, on close examination, they are central to answering questions relating to why reason, logic and evidence have been relegated to the doldrums and replaced with excitable nonsense, hysterical machinations and idiotic egocentrism.  The author Eugene Jordan provides a ground-breaking analysis that when combined with the supporting evidence, reveal a fascinating, and disturbing picture of 21st century Irish society.

Irish academic history has suffered a significant embarrassment having being usurped and intellectually outflanked by a woman who freely admits that she is not a historian and has no history qualifications. Yet she, to her credit, now ranks as Ireland’s most decorated historian, standing head and shoulders above all those so-called ‘professional’ historians holding up the universities’ walls. That in itself tells us that the historians are not up to the job, because they missed the holocaust which happened right beneath their very noses. It can also indicate that there is something very rotten at the core of Irish academia—a bold claim backed up in the book robustly with evidence.

The reality is that poor unmarried mothers were subjected to a brutal and austere regime when Ireland was under British rule. However, and to their great credit, immediately after independence, the new Free State government moved to end the brutality of the workhouse system and devised a system which was infinitely better for all the country’s poorer citizens and especially women. This is the correct historical context against which Irish mother and baby homes should be viewed, but Ireland being Ireland, when the commission of investigation was set up it was prevented from looking at the regime which existed under the British.  Why? Because it weakens the case that it was only catholic Ireland which abused women.

The whole conspiracy theory falls apart when two simple questions are asked. What was in it for the women, both protestant and catholic operating these homes to start offering a baby disposal service? Why did infanticide continue when babies could be left at an institution for disposal?

The first duty of a historian is to tell the story of past events, set in their correct historical context, but the evidence shows convincingly, that Irish academic historians are very much in neglect of this duty. 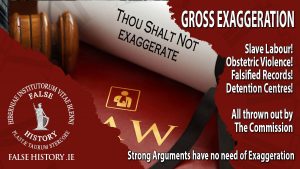 Article No 2 in the series of a commentary on Alternative Mother and Baby Homes Report, authored by 21 Irish ...
Read More 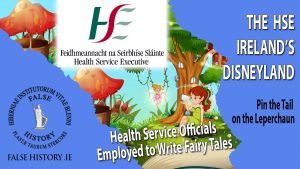 Once upon a time in a land of little people, officials were employed by the country’s health services to create ...
Read More 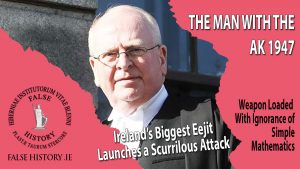 Michael McDowell assumed his role as the Joseph Goebbels of anti-Catholic Ireland. The country’s biggest eejit had to apologise for ...
Read More 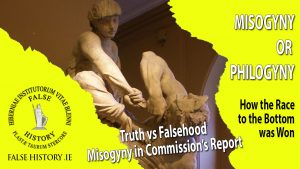 The Single Claim of Misogyny in the Commission’s Report

Despite newspaper reports that Ireland was once a ‘deeply misogynistic’ society, the word makes only one appearance in the commission’s ...
Read More 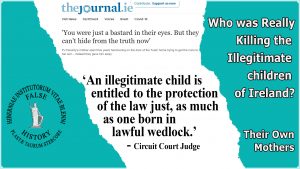 Who was killing the illegitimate children of Ireland, the women running protestant and catholic mother and baby homes or the ...
Read More 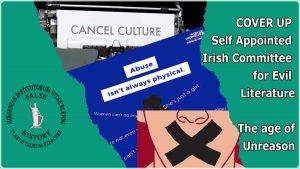 Most sexual abuse of females is heterosexual in nature. Does that mean that there is a link between heterosexuality and ...
Read More 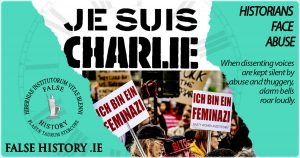 The Enforced Silence of the Dissenters

Historians Silence on False History The Tuam Children’s Home or to give it its full title, St. Mary’s Home, Tuam ...
Read More 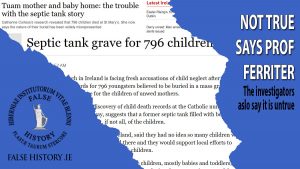 Dumped in a septic tank!

‘This erroneous assertion that 800 bodies were dumped in a septic tank. That is not true’. Prof Diarmaid Ferriter - ...
Read More 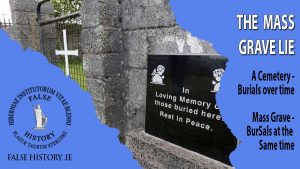 Would you consider your local cemetery to be a mass grave, perhaps an old burial ground with no headstones or ...
Read More 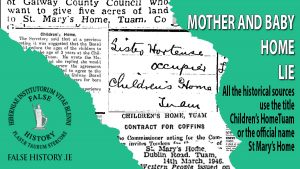 The Mother and Baby Home Lie

The home at Tuam was never called a Mother and Baby Home. Its official name was St. Mary's Children's Home ...
Read More

The Perverse Morality of Micheál Martin – Taoiseach sneers at his mother.