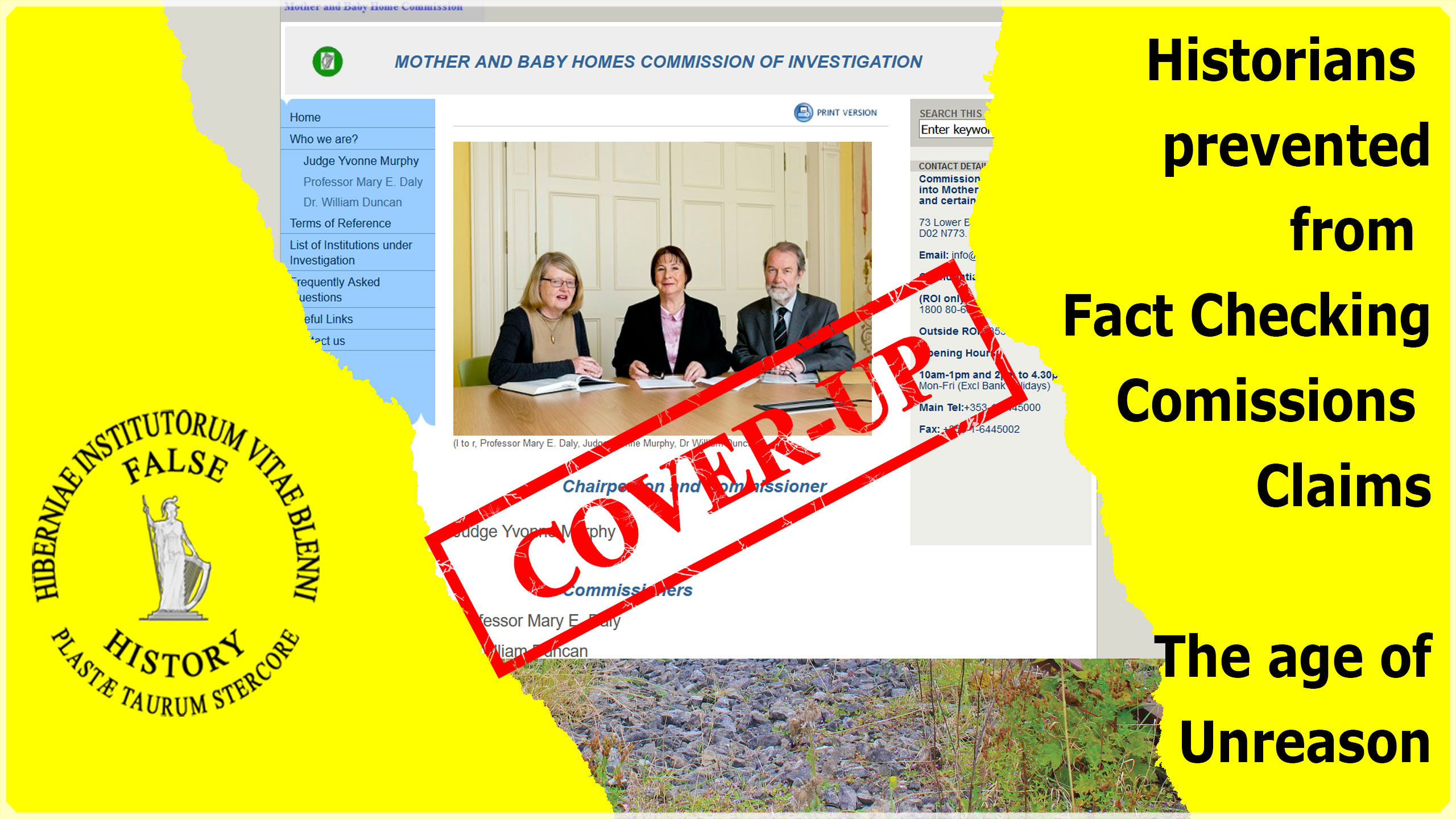 The Commission of investigation set up to investigate the claims surrounding mother and baby homes has moved to cover-up all the evidence put before it, locking it away for 30 years. This will prevent historians and interested parties from checking out the basis for the claims it is about to make in its final report.

The commission has proven so far not to be immune from making emotional claims which have no basis in fact and accordingly are not based on evidence. However, some outlandish claims are in the public domain which can easily be proven false. It would appear that the commission, rather than put these claims to even the simplest test for veracity, are going to perpetuate the many lies and false histories which have so far been made.

However, there is more contradictory evidence out there which the commission is unaware of. I will be making that public after the report is issued and the now customary ensuing furore.

There is one thing upon which all sides are agreed, the testimonies given to the commission should be anonymised and made public. It is the only way to guarantee that they have made honest, erudite and evidence based decisions. We shall wait and see if our politicians acquiesce.