The Mother and Baby Home Lie 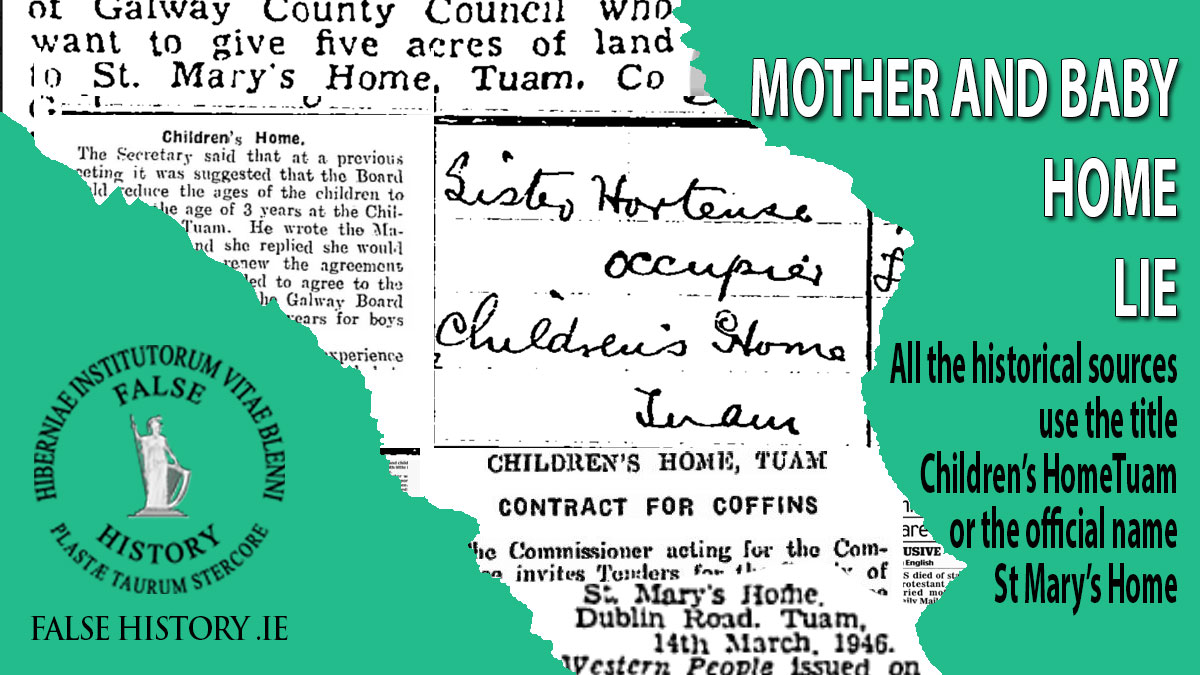 The home at Tuam was never called a Mother and Baby Home. Its official name was St. Mary’s Children’s Home and in all the historical sources it is referred to as Tuam Children’s Home or simply as the children’s home. It has been falsely renamed as a Mother and Baby Home to bolster the falsehood that children were abused and murdered because the women running the home “hated bastards”. It is an argument which is not based on historical evidence.