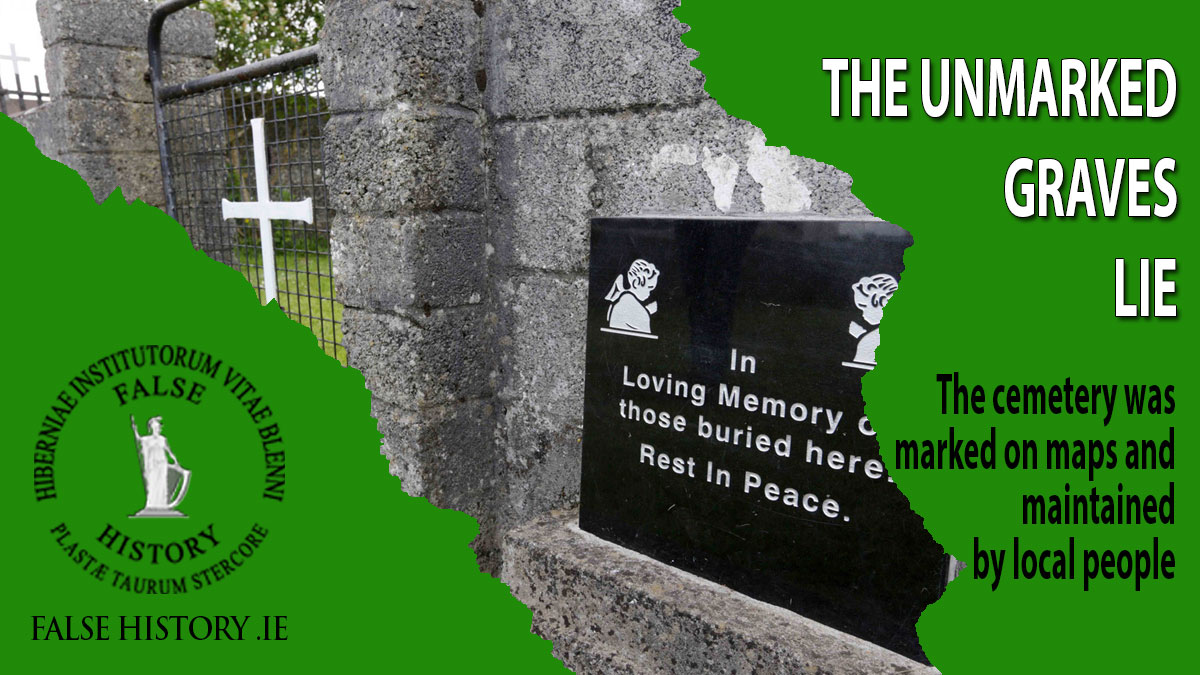 Almost every photo taken of the memorial garden where some children from the Tuam Children’s Home are buried show a gate with a Christian cross marking the site our as a cemetery. A second gate bears a cross also and in the corner is a Catholic Marian shrine. These were in place long before the scandal broke in 2014 and probably date to the 1970s when the home was knocked and a housing estate built in its place. It was not an unmarked grave site.

Paupers the world over, even today, or people whose families cannot afford a funeral cost, are buried in mass graves without an individual grave marker. There is nothing-disrespectful intended by the authorities, but it is by any definition burial on the cheap. There are very few if any local authorities or taxpayers in the world will pay for full funerals, burials, and individual grave markers because it is perceived to be an unfair burden on taxpayers. Like the Tuam Home, Barnardo’s children’s charity in London has been subjected to sensationalist reporting for burying 500 children in unmarked graves. Furthermore, the local authorities are required by law in most jurisdictions to carry out such burials for public health reasons.

At a time when money was tight in the 1930s and 40s, to the women in charge of the Tuam Children’s Home, it might have appeared to be a crime to spend money on the dead when it was needed for the living. Accordingly, I think someone decided to repurpose an empty concrete subterranean structure as burial crypts. 80 years later, the Irish’ imagination got the better of them and stories of holocausts, abuse and septic tanks. Accordingly, Ireland can claim another world first, as it is the first country in the world to have an organisational all-female inspired and executed holocaust in history.

A product of cultural prejudices and a failure of education.