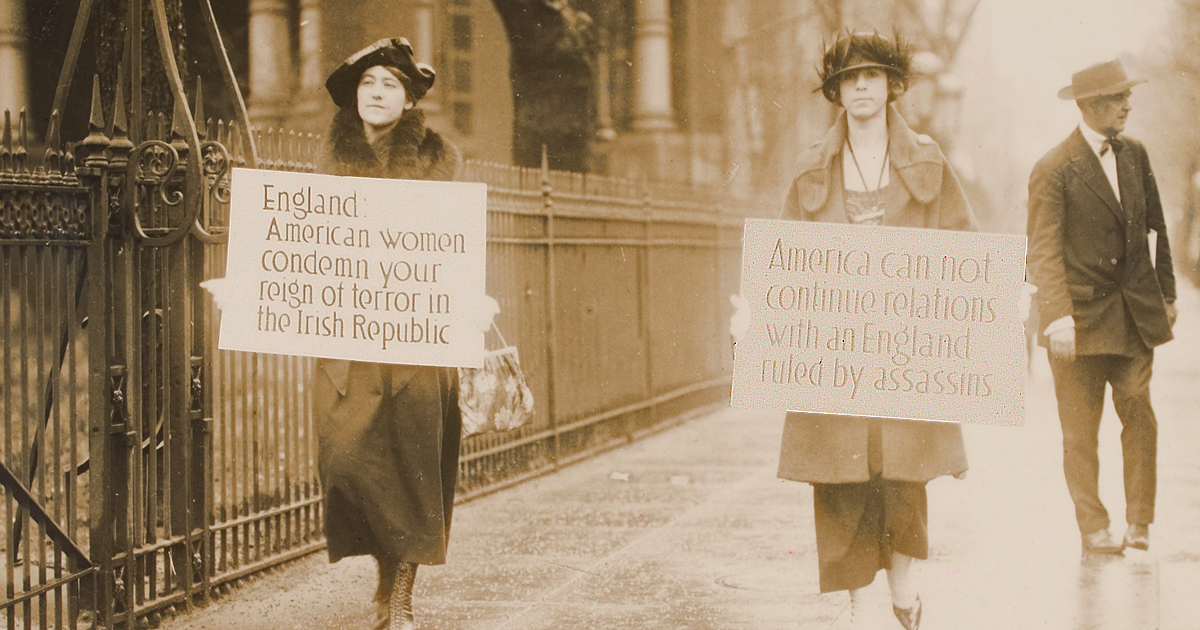 Una Mullally writing for the Irish Times asks “Out of 697 Dublin mayors, why have only eight been women?” Una did not intend to dispel the false notion of Ireland historically being a misogynistic nation but for those who can peer past the excitable headline, that is exactly what she achieved. Written for women’s day 2020, a day every year when women, particularly feminists, feel free to indulge in self-pity and portray themselves as victims. Mullally is a prolific user of the word ‘misogyny’ and sees it everywhere she looks.

Comparing present day Ireland to the Ireland of the 1950s a popular modus operandi often used by the Clurichauns to disparage someone or something Irish. It is a time, perceived by them, as when Ireland was particularly ‘backwards’ and for the feminists a time when the nation was particularly misogynistic. It is of course not true and can easily be demonstrated when Ireland is compared to other societies of that time. Even if we compare Northern Ireland to Ireland which might at first seem to be similar societies, it evinces something which Mullally’s analysis failed to encompass.

Dublin appointed its first lady Mayor, Kathleen Clarke in 1939 and the second woman to hold the post, Catherine Byrne, was appointed at the zenith of our ‘backwardness’ in 1959. If we were a misogynistic society why was it appointing women to high office? The first female to be elected a Member of the British parliament was an Irish woman, Constance Markievicz in 1919. She was elected Minister of Labour in the first Dáil (Irish Parliament), becoming the first female cabinet minister in Europe. From 1919 to 1923 only six women, including Constance, had been elected to the Westminster parliament, in contrast, nine women had been elected to the Irish parliament in the same period.

Alice Perry was the first woman in Europe to graduate with a degree of Engineering in 1906 from University College, Galway. Mary Ryan first woman to become a college professor in either Ireland or Britain. She was  appointed professor of Romance languages at University College, Cork in 1910. Kathleen Lynn, a medical doctor, feminist and a rebel military commander in the 1916 Rising went on to found an all female staffed children’s hospital in Dublin in 1919.

Ireland, despite being under British rule, achieved these firsts for women even before the Westminster parliament passed the Sex Disqualification (Removal) Act, 1919. It can be validly argued that had Ireland remained under British rule it would have been much harder for women to succeed. Take for example Belfast, it has had 384 mayoral terms throughout its history, including those with the title ‘Sovereign’. Only one woman in the entire history of Belfast has ever been Mayor of the city. Furthermore, all the female mayorships for the entire history of Dublin have occurred since independence. None of the feminists has stopped to ask themselves nor does it seem has it been pointed out to them, that if the country was so misogynistic, how could it have had so many women become pioneers? The inescapable answer is of course that could not have happened in a misogynistic society.

Why then has this false history, which has only become popular in the last two decades, persist and pervade. There a number of factors at play, the first and most important one is Clurichaun syndrome, the Irish cultural bias which disparages everything Irish and almost every Irish person outside of one’s social circle. Second is the fallacy called ‘argumentum ad misericodiam’, meaning and argument which takes advantage of the readers sense of pity or misery or other related emotions sympathy, love, regard, mercy, compassion and condolence. Feminists, from the most benign to the Feminazi, use it as the very foundation upon which their political movements stand, that is the argument that they have been and continue to be victims. It is an imperative for the movement to sustain itself, intended to instil anger to motivate its followers and instil a sense of pity in their supporters.

The third factor is obscurantism, particularly educational obscurantism, which is effectively educating the young in such a way as to obscure or hide the truth from them. Believe it or not, the Irish government deliberately introduced obscurantist policies with regard to the history syllabi in schools in the 1980s. The purpose was to obscure from view what really happened in Irish history for fear it was driving recruits to the IRA. The true story of what the British did while ruling over Ireland has the potential to drive anti-British sentiment. Obscurantism has now run rife and unbridled throughout the educational system and the counterbalance to more excitable and propagandistic views of historical events has been lost.

The truth is that and Independent Ireland was philogynous society, the notion of it being a misogynist society relies completely on a number of historical falsehoods. Falsehoods which are easy to expose but have remained hidden behind a curtain of obscurantism and apathy.  Why? The feminists like most Irish political pundits lie face down in the gutter, a position and a place where it is near impossible to see the real stars, any visible stars are illusory, the result of blunt force trauma to the head.