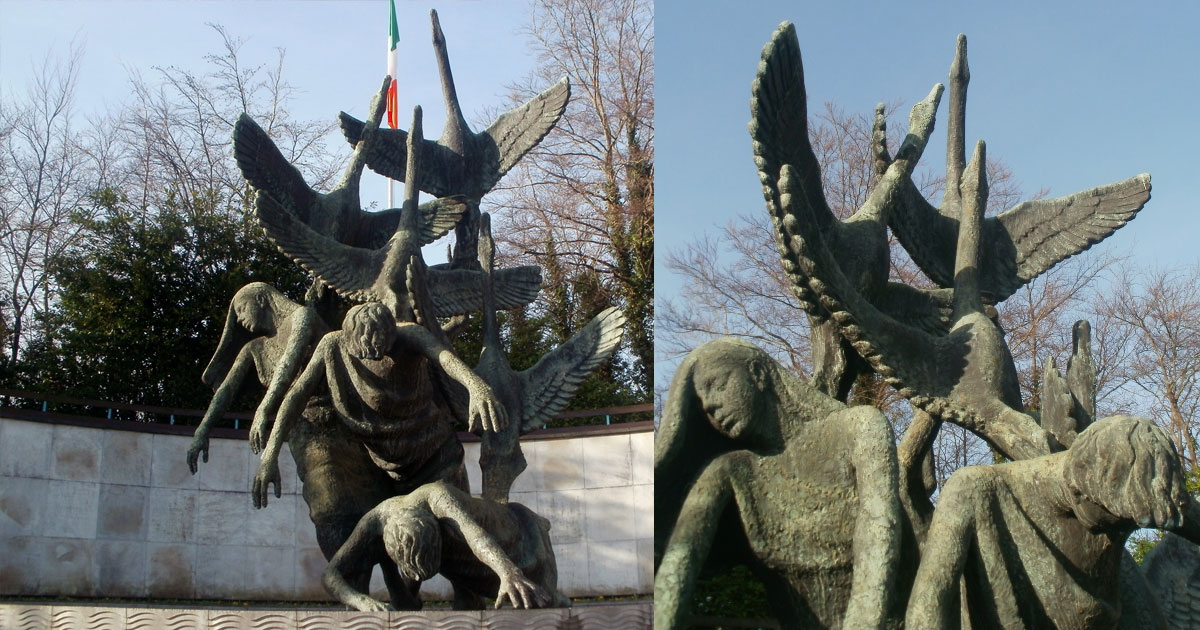 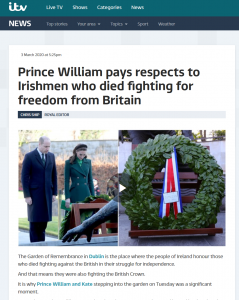 Little mistakes that go unchallenged are one of the primary contributors to false history. Here is one which is not easily spotted in the ITV news. There is a little bit of sexism in thrown into this ITV news article which claims that an Irish memorial was dedicated to Irishmen. The memorial is at the Garden of Remembrance in Dublin is in fact dedicated to “all those who gave their lives in the cause of Irish Freedom”, and that includes women and children.

It evinces the existence of a subconscious bias within the British mindset because nearly all of their conflict associated monuments are dedicated to men. This seemingly innocuous difference reveals more than meets the eye. In the past, when nations sent out armies to invade and oppress other territories  and nations, the casualties suffered are exclusively male. However on the opposing side the victims of invading armies span the spectrum of male, female and children. Thus, the essence of colonialism which is encapsulated in the Irish monument and the British view of it.

The moral of the story: one little mistake is enough to create a sizable false impression, many little mistakes collide and coalesce to build a false history.