Getting rid of an Embarrassment to Catholic Ireland! 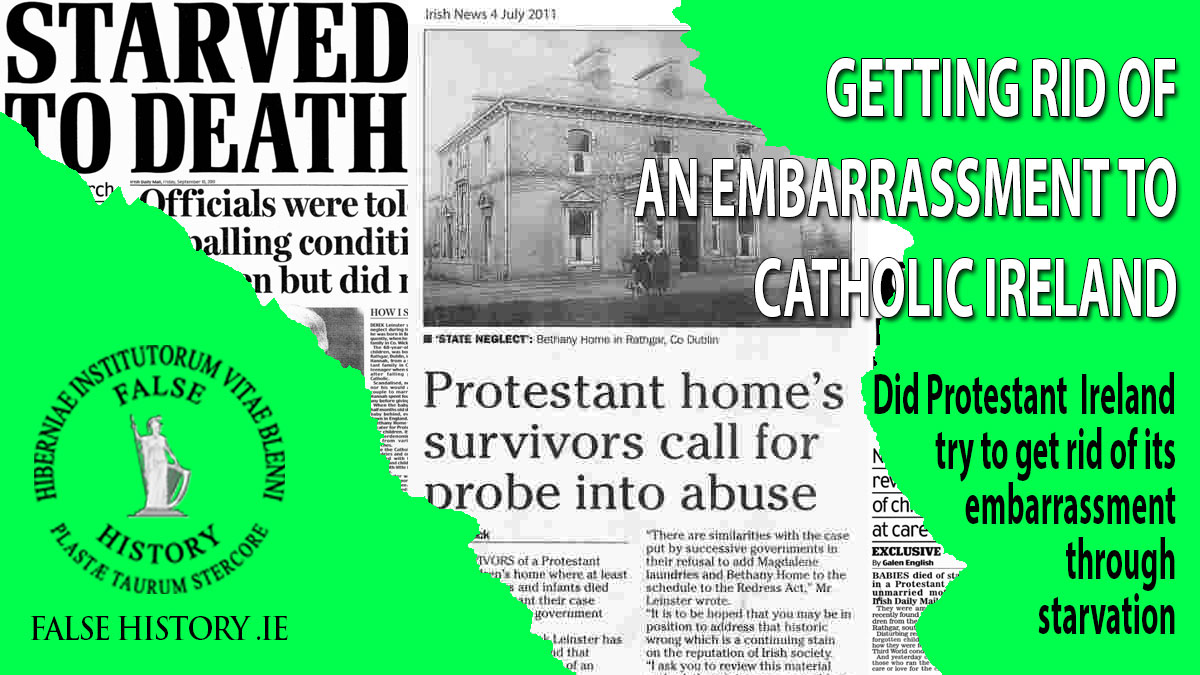 Soon after the Tuam story went global in 2014, University College Dublin’s Professor of Modern History, Diarmaid Ferriter, wrote ‘the State and Church colluded to get rid of an embarrassment to Catholic Ireland’. Irish Independent, 6 June 2014.

For Ferriter, it was only Catholic Ireland that was disposing of its embarrassment but for years before there were similar claims made about a Protestant Ireland. A year and a half before Ferriter’s article there were claims that babies were actually slaughtered there.

There was slaughter [at the Bethany Protestant Mother and Baby Home] from 1935 to 1944 during which years 132 babies met their deaths there.’ – Victoria White – Irish Examiner, January 03, 2013

Ferriter did not realise that it was the British who came up with the idea of mother and baby homes, and suggested that they be placed under the control of a religious communities to avoid the abuses which occur in secular institutions. The commission of investigation report states:

52. The first proposal for mother and baby homes in Ireland came in the 1907 Vice Regal Commission on the Irish Poor Law.

[…] These homes should be owned and run by religious organisations; alternatively they should be established by local authorities, who would place them under the control of a religious community.