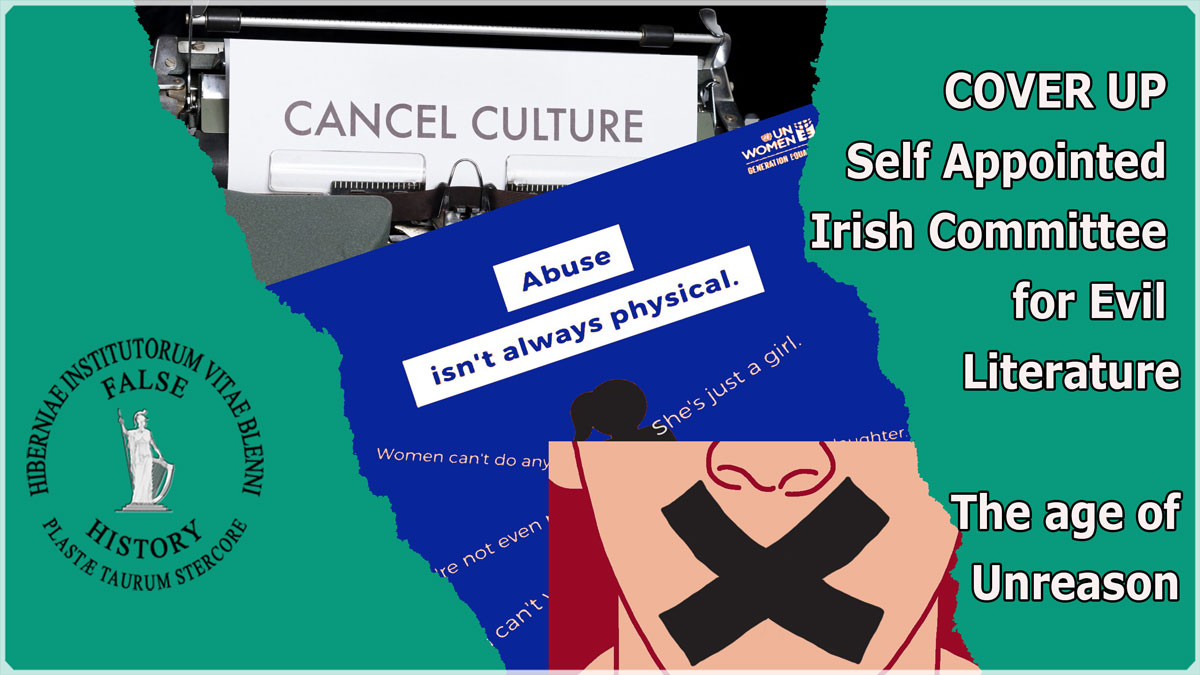 Most sexual abuse of females is heterosexual in nature. Does that mean that there is a link between heterosexuality and abuse? Of course not. Most sexual abuse of males is homosexual in nature. Does that mean that homosexuality is the cause of abuse? Such a claim would be as daft as the extreme feminist assertion that ‘all men are rapists’. Yet mention the issue of homosexual abuse, particularly of children and one will become a victim of vile abuse perpetrated by the Twitter mob. They have become the self-appointed modern day version of the Committee on Evil Literature. They seek censor from public view any evidence which might show that homosexuals in particular, have the same human failings as the rest of the population, they have in effect become superhuman. This censorship has major implications not just for social research and researchers but for society in general. In this era of mass hysteria, the findings of research cannot be discussed openly and in a rational manner. Accordingly, efforts to protect the venerable in society are hampered through puerile abuse.

The vilification of social researchers in Ireland and elsewhere cannot be allowed to continue and the Twitter Mob has to grow up and face the facts as they are found, and be able to discuss findings and evidence in an open an erudite manner. Those who want to hide issues from public view are the supporters of abuse causing the prevention of social researchers from reporting the factors in all types of abuse which are vital to identify various opportunities for prevention.

Accordingly, here I will publish the evidence which is not available in Ireland but comes from an authoritative source. As unpalatable as it is for the LGBT community, this information needs to be in the public domain for the reasons already outlined. It is in their own interest even if the Twitter mob cannot see it.

The ‘Centers for Disease Control and Prevention’, better known as the CDC uses the motto ‘CDC24/7: Saving People, Protecting People’. As part of its mission it sees violence prevention as one of the ways of ‘protecting people’. It sets to achieve this by examining, quantifying and reporting data on instances of many types of violence. Furthermore, the CDC extrapolate for the data ‘risk and protective factors’ which are a combination of individual, relational, community, and societal factors that contribute to the risk of violence occurring. The objective is to understand the factors in order to help identify various opportunities for prevention. The CDC’s National Intimate Partner and Sexual Violence Survey (NISVS) and is  the only ongoing survey which examines the health impacts of violence on people.

The NISVS found for LGBT people:

Number and Sex of Perpetrators

Across all types of violence, the majority of both female and male victims reported experiencing violence from one perpetrator.

Across all types of violence, the majority of female victims reported that their perpetrators were male.

Does the Irish LGBT community care about violence and the health impacts of violence within their own community and want to reduce it? The answer I surmise would be a resounding yes. That can only happen if they are aware of the issues, and such issues do not continue to be swept under the carpet by the self-appointed Committee on Evil Literature.