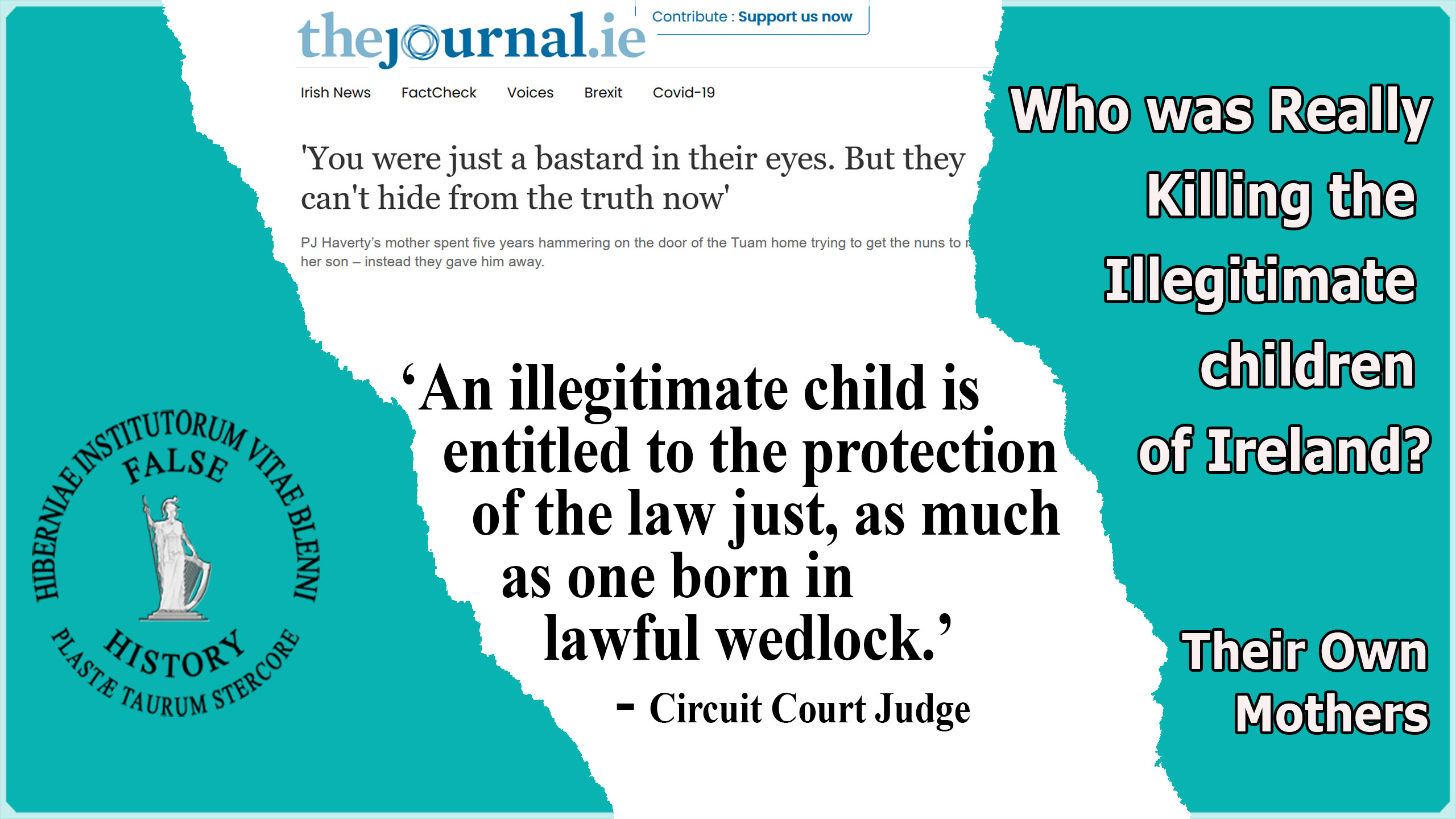 Some Irish newspapers have stated emphatically that children were starved to death in mother and baby homes for the simple reason that the women in charge of these homes hated illegitimate children. Yet none of these women appeared in court charged with infanticide. The conspiracy theorists would have people believe that this was due to the beguiling power that the religious orders held over the population. However, the reality is that the Mother and Baby Homes were set up to offer mothers in distress an alternative to killing their own children. However, infanticide continued to be a problem and here is one judge laying out the states position on the unlawful killing of infants.

‘An illegitimate child is entitled to the protection of the law just, as much as one born in lawful wedlock. It is in no extenuation of illegitimacy that I say that some of the most distinguished people who ever lived were illegitimate. […] It must be brought home to all young girls in this country that it is their duty to preserve the lives of the unhappy children they give birth to— that their lives are just as sacred as the lives of any other children, and that the State is prepared and has always been prepared to support and maintain them until they reach an age when they can work for themselves.’ – A statement from Mr. Justice Kenny during a trial of a young mother who pleaded guilty and was convicted of murdering her illegitimate child.

The state prosecutor in another case of infanticide..

Addressing the Central Criminal Court, Dublin, at the outset of the hearing of an infanticide trial, Mr. Carrigan, K.C., the State Prosecutor, said there was, unfortunately, a great wave of infanticide in the destruction of illegitimate children passing over the Free State, and in the papers week after week they read of inquests and verdicts in connection with this method of disposing of child life. Some of these eases reached the courts, and women were charged with the murder of their illegitimate children.

In the latter case, the State Prosecutor went on to make a point that in the event of a guilty verdict there were only two options open to the jury. The first was to convict her of murder, a capital crime carrying the death penalty, or the second option was to convict her on the misdemeanour charge of ‘hiding a pregnancy’. There was no in-between defence of manslaughter allowed under law.

In this case, despite the investigation revealing that the baby had been born alive and strangled to death, i.e. the infant had been murdered, the jury acquitted her of murder and found her guilty of ‘hiding a pregnancy’. Thus, thanks to the jury, the woman avoided the mandatory death sentence.

Over and over again, such philogyny appears in the Irish historical record. Yet, modern historians are keen to cover up these overly generous acts of kindness and posit the false notion that Irish society was misogynistic. It’s a total fabrication.