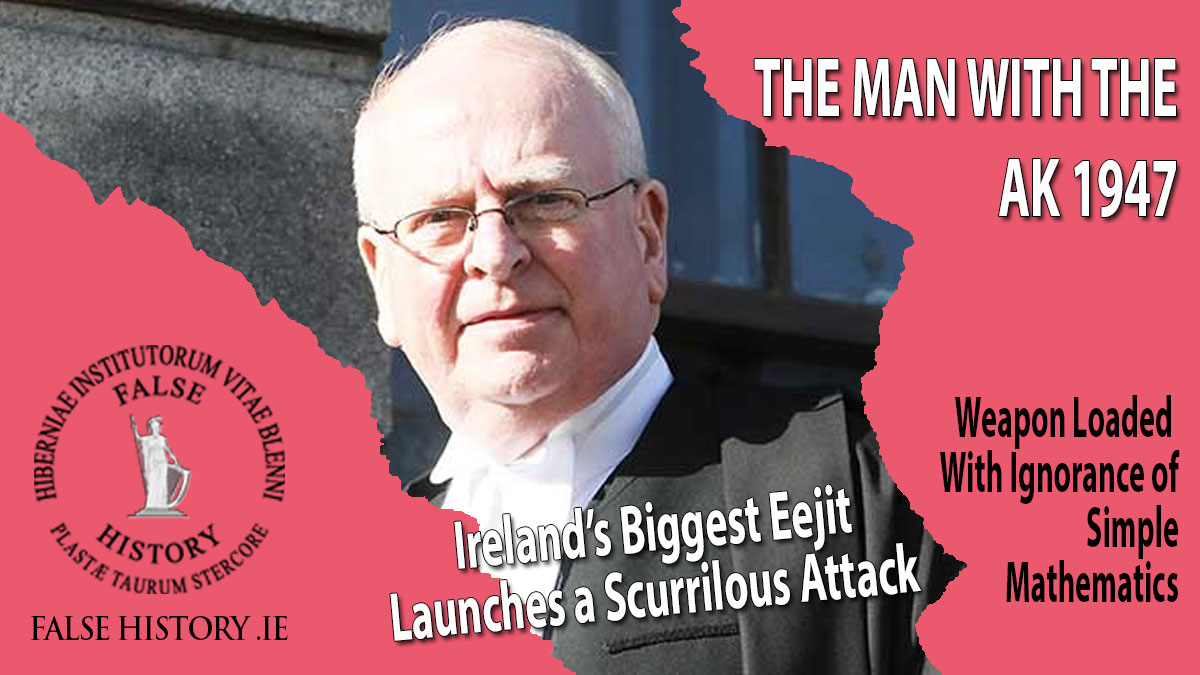 Michael McDowell assumed his role as the Joseph Goebbels of anti-Catholic Ireland. The country’s biggest eejit had to apologise for likening Richard Bruton to the Nazi propaganda minister in 2006. While McDowell had no justification for his slur against Bruton, the Irish nation has grounds to return McDowell’s slurs to their source.

McDowell in an article in the Irish Times published today, 20 Jan 2021, adds his voice to scathing attacks on the Irish nation, the church and political establishment. He writes:

Our church-dominated society perpetrated this terrible mistreatment of its weakest and most vulnerable. Apart from the appalling level of infant mortality, the outline of this shameful aspect of independent Ireland has never been secret. It was a case of unacknowledged acquiescence.

McDowell’s ‘appalling’ attack relies completely for its evidential basis on an ignorant interpretation of health statistics. He has no idea that the purpose of gathering these statistics was to identify problems, report them to the experts, with a view to instilling action. One of those problems identified, even under British rule, was the high infant mortality rates among illegitimate children. The rates continued to be high for decades because no one could solve the causes of the problem. Accordingly, it is simply scurrilous to imply that nobody cared, and it is a claim which is not supported by the evidence.

He is right on one point, high infant mortality rates have never been secret but then goes on to imply that the seeming lack of action was due to ‘acquiescence’, an assertion, which no competent health statistician would be able to make. If the mortality rates remain high for certain diseases for decades, does this mean that nobody cared or could it be that there was no cure for the disease.

If high infant mortality rates are an indication of ‘appalling’ abuse, why are we not accusing the travellers and present day unmarried mothers of starving and murdering their infants?

The answer is very simple, only a dirty eejit, ignorant of mathematics, can think that high infant mortality rates are correlated with abuse, and use false assertions to attack innocent people.

Health statistics across the world, for over a century, have shown that high infant mortality rates are primarily caused by poverty. This ‘poverty penalty’ remains a problem even today in general health statistics and ‘has never been secret’. The CSO reported in 2006 that the poorest men lived on average 4.3 years less than the richest. The poorest women live on average 2.6 years less than the richest women. That was reported in 2006, a time when McDowell was Táinste and Minister of Justice. Was his gobshite government ‘acquiescent’ in the abuse of poor people?

I am using ‘appalling’ to mimic McDowell’s attempt to rouse emotions in the minds of the jury. Such actions are born of the intent to get a defendant hung, but even though the accused are entitled to a defence, McDowell, along with every media organisation in Ireland is sitting on the face of the defence lawyer to keep her quite. His flatulence is quite ‘appalling’, his title forever changed to former minister of the promotion of injustice.