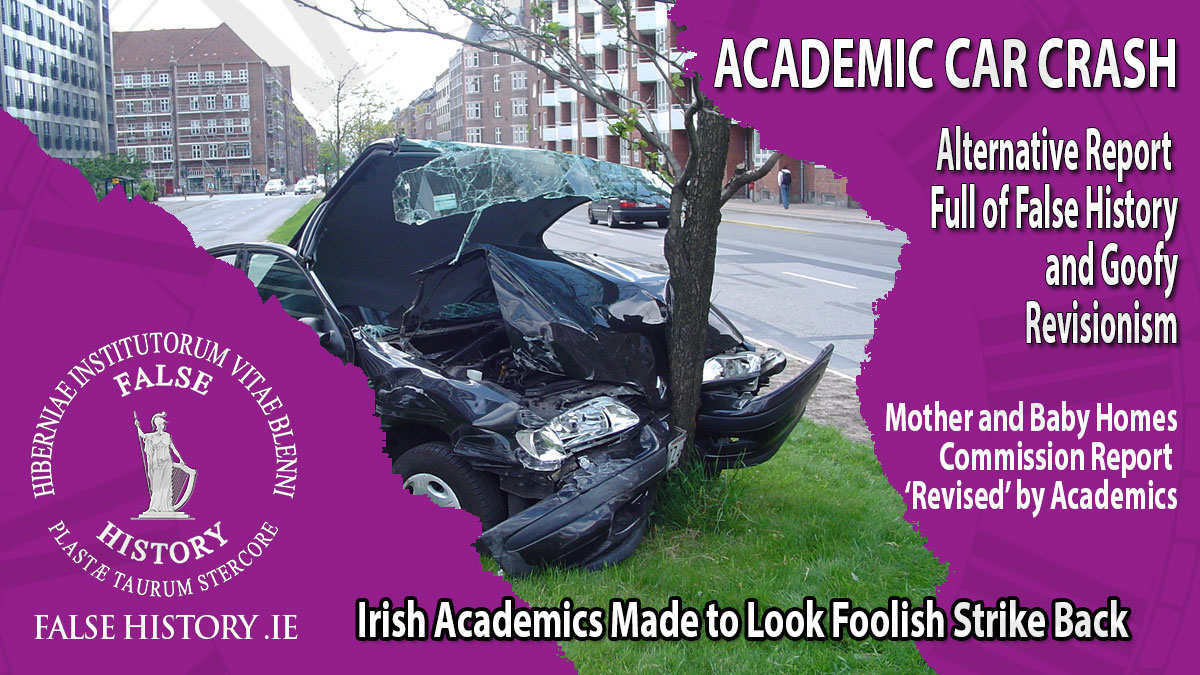 However, the re-interpretation relies on feminism and the misleading application of today’s morals and standards — which did not exist in the past — but should have existed and had been applied by society and the government. It is a crime against history and the intellectual tradition.

Here are the six factors which the academics say indicates the State is to blame for mother and baby homes, with my observations. Note, blame is deliberately put on the state to force it to pay compensation.

1: The State funded all institutions in some way;

No news there. Perhaps the state should not have cared about the plight of unmarried mothers and their children and consequently not have funded care institutions. The commission of investigation also stated that the conditions were worse in secular institutions like county Homes but only the religious run homes have been singled out

That was not always the case. The state acted when appropriate and with the force of the laws in place at that time.

3: The State was aware of dangerous and degrading living conditions in many institutions, but did not use its statutory powers of prosecution and did not sanction institutions by depriving them of funding,

The living conditions of the poor in Ireland and elsewhere were far worse than found in any mother and baby home. Unmarried mothers under the British workhouse system in place before 1922 were treated far worse. Only Tuam and Kilrush, former workhouses were singled out by the commission of investigation as being below the standards of other buildings. However, its commentary was biased through an invalid comparison with the standards of today. Anachronistic issues like curtains between the beds in dormitories and a lack of central heating were cited as evidence of poor living conditions.

4: Irish law punished family foundation outside of marriage and showed no concern for reproductive justice;

‘Reproductive justice’ is a term which was never heard in the past as the concept is brand new. Applying such terms and concepts by arguing that they should have applied — even though they did not exist at that time — is not revisionism it is just tomfoolery.

5: The law criminalised aspects of access to contraception up to 1933 and almost all abortion up to 2019, making it almost impossible to avoid unwanted pregnancy;

Unwanted pregnancy can be easily avoided through abstinence. Besides in other countries where contraception was available continued to produce large quantities of unwanted children.

6: Irish law still inhibits efforts to seek accountability for abuses in the institutions by restricting affected people’s access to records of institutionalisation and family; their own records and those of close family members.

Pregnant women entered the homes on the basis that their anonymity would be guaranteed. Many of these mothers do not want to see their children and are primarily responsible for the halting their children from tracing them or contacting them.