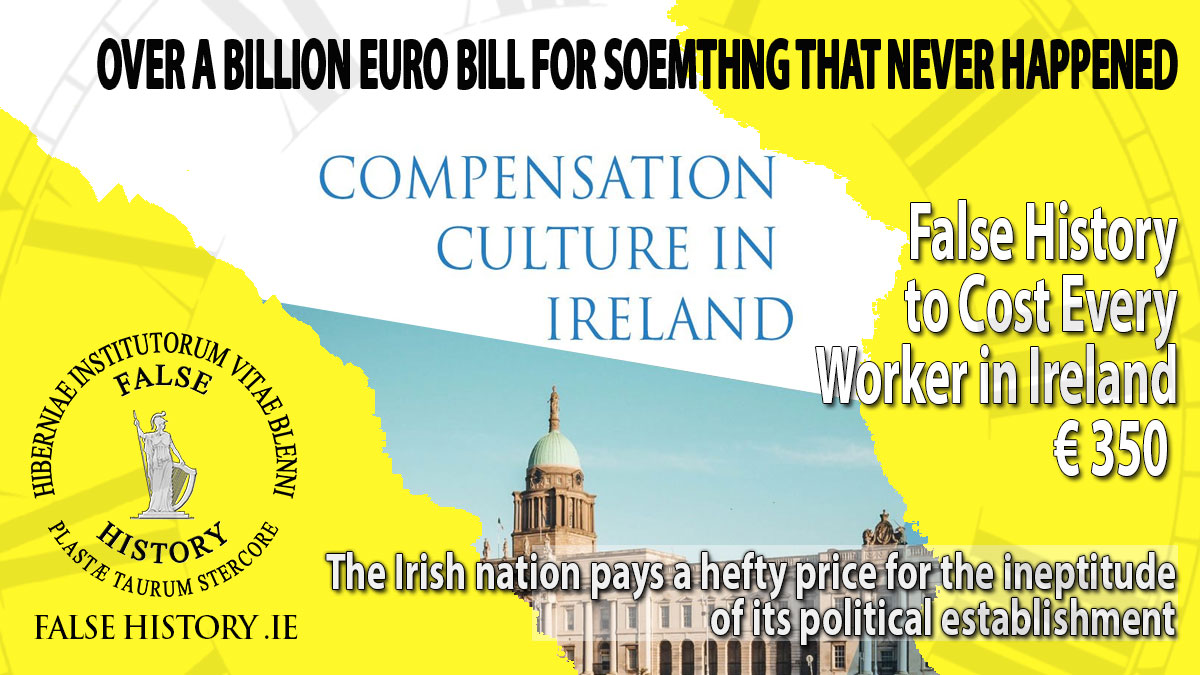 Irish taxpayers are being forced to pay massive a compensation bill — costing each worker an average of €355 — for supposed historic abuse that never happened. Government officials estimate that the compensation scheme will have a final cost €800 million. However, these are probably the same people who estimated that the Ryan Commission would cost €2.5 million, but it ended up costing the taxpayer c. €82 million. A massive under estimation, but it was dwarfed by the final bill.

The Ryan commission investigated abuse at industrial schools, awarded €970 million in compensation, spent a further €176 million on health, housing, educational and counselling services, incurred a legal bill of €192.9 million, while the running of the commission itself cost €82 million, giving a grand total of near one and a half billion Euro (€1.43 billion). Consequently, the cost to every single worker in Ireland was €700 each on average.

The commission of investigation into mother and baby homes stated in its final report that ‘there is no evidence of the sort of gross abuse that occurred in industrial schools’. The Irish, being Irish, chose to ignore the evidence, commission reports and plain old common-sense. The scandal promoters have had the luck of the devil to pursue their agenda for compo at a time, when we have in situ, probably the most inept government in the history of the nation. It seeks to punish the citizens of the country for historical events that never happened. Imagine working hard, paying tax and the government spending it foolishly. Perish such thoughts.