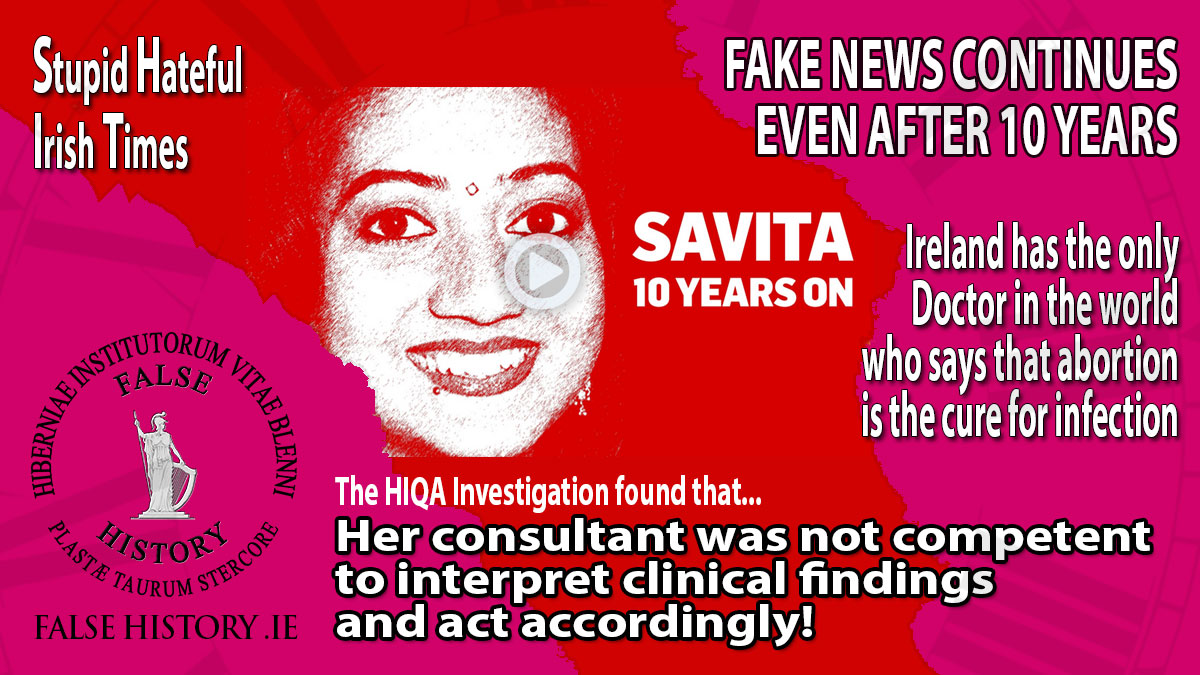 Imagine if you went to the doctor and were diagnosed with a kidney infection and the doctor suggested the removal of your kidney as the only a cure. You might think that your doctor had taken leave of his/her senses, and you would be right. Ireland has perhaps the only doctor in the world who advocates the removal of body parts to cure an infection. Dr Peter Boylan, acting as an expert witness at the inquest into the death of Savita Halappanavar, stated that had she “been offered a termination on either the Monday or Tuesday of her admission […] that this could have saved her life”. Savita, a pregnant mother to be, died in October 2012 at University College Hospital, Galway after she developed a case of severe sepsis which arose from an infection of the two sacks (corium & amnion) surrounding her foetus. The infection was caused by a virulent and multi drug-resistant organism, E. coli ESBL. Commonly called a superbug, the term ESBL means that the bacteria are capable of producing an enzyme that can defend itself from attack by all but the strongest antibiotics.

Between 2008 and 2010, twenty-nine women died in similar circumstances from obstetric sepsis in the UK. Abortion was easily available at that time, but no medic advocated for such a procedure to save the lives of these women. Why? Abortion cannot be used as the cure for an infection.

Sepsis arises from an overreaction of the body’s immune system to an infection. Blood poisoning is the more common term, which often refers to both septicaemia and sepsis. Septicaemia is the presence of bacteria in the blood, while sepsis is body-wide inflammatory response to that infection, which can lead to organ failure or death. It is not just pregnant women who are at risk from sepsis, it is a life-threatening medical emergency that kills 270,000 Americans every year, and millions more worldwide.

Not surprisingly Dr Boylan’s comments drew very public criticism from some of Ireland’s top obstetric and gynaecological consultants, who alongside a consultant microbiologist and emergency medical consultant, put their names to a letter which was published in an Irish national newspaper. Essentially, they argued that Dr Boylan’s opinion was not supported by medical science and that by politicking with Savita’s death — using it to advocate for the legalisation of abortion — he was detracting from the real issues which had caused her death. Thereby failing to learn from the mistakes made by medics and putting the lives of pregnant women at risk in the future.[1]

Had the correct medical procedures been followed in the treatment of Savita Halappanavar there was no guarantee that she would have lived; such was the nature of a multi-drug resistant infection or superbug. Often the superbugs are labelled ‘hospital acquired’ but can now, with increasing frequency, be caught outside hospital. However, the correct procedures were not followed by the medics, and this was highlighted in three separate investigations into her death conducted by the Health Service Executive (HSE), Health Information and Quality Authority (HIQA), and a special court with a jury presided over by a judge, the Coroner for West Galway. Not one of these investigations concluded that an abortion could have saved her life, yet the Irish media were alive, back then and continue to be alive with claims that an abortion was the appropriate treatment, and the procedure would have saved her life. All such claims are not based on medical knowledge nor upon medical science. Moreover, there was nothing in Irish law preventing the removal of a foetus — even with a heartbeat present — when a miscarriage was not only inevitable but, judged by all medics in charge of her care, to be a certainty.

The Health Information and Quality Authority (HIQA) were scathing in their report into Savita’s death, stating:

The consultant, non-consultant hospital doctors (NCHDs) and midwifery/nursing staff were responsible and accountable for ensuring that Savita Halappanavar received the right care at the right time. However, this did not happen.

The most senior clinical decision maker involved in the provision of care to Savita Halappanavar at any given time should have been suitably clinically experienced and competent to interpret clinical findings and act accordingly.[2]

There it is, stated politely as possible, all the people involved in Savita’s care did not act as they should have done, and the team leader — the consultant obstetrician — did not have the right experience and did not act in accordance with established medical practices and guidelines. A damming indictment of all involved, but none more so than of the consultant obstetrician.

In the immediate aftermath of Savita’s death, knowing what was coming down the tracks, the consultant sought refuge in any excuse which would deflect blame from her, and she chose the 8th amendment as cover.

Had the medical team followed the correct procedures, there is a possibility — and only a possibility — that Savita might not have died from sepsis. The only certainty is that an abortion is not the appropriate treatment for an infection.

The Irish media feign concern for women’s health but, profiteering — even from tragic events — through misreporting and sensationalism is their primary concern. Quality information and analysis of the events surrounding Savita’s death have never appeared in any mainstream Irish newspaper. Facts like that in the year of her death, one research project in the UK found that five women had died in similar circumstances, and that members of the black and ethnic minorities. — like Savita — were at higher risk of developing severe sepsis around the time of pregnancy.[3]

The death of Savita Halappanavar was used disgracefully as a political football by many vested interests to further their pro-abortion agenda. It is clear from the ensuing debate that the lives and health of women were of no concern — and remain of no concern — for many pro-abortion organisations, and it is especially true of the Irish media. That stain however will become increasingly more visible to posterity.

‘Investigation into the Safety, Quality and Standards of Services Provided by the Health Service Executive to Patients, Including Pregnant Women, at Risk of Clinical Deterioration, Including Those Provided in University Hospital Galway, and as Reﬂected in the Care and Treatment Provided to Savita Halappanavar’. Health Information and Quality Authority, 7 October 2013.

[2] ‘HIQA Investigation into the Death of Savita Halappanavar’.