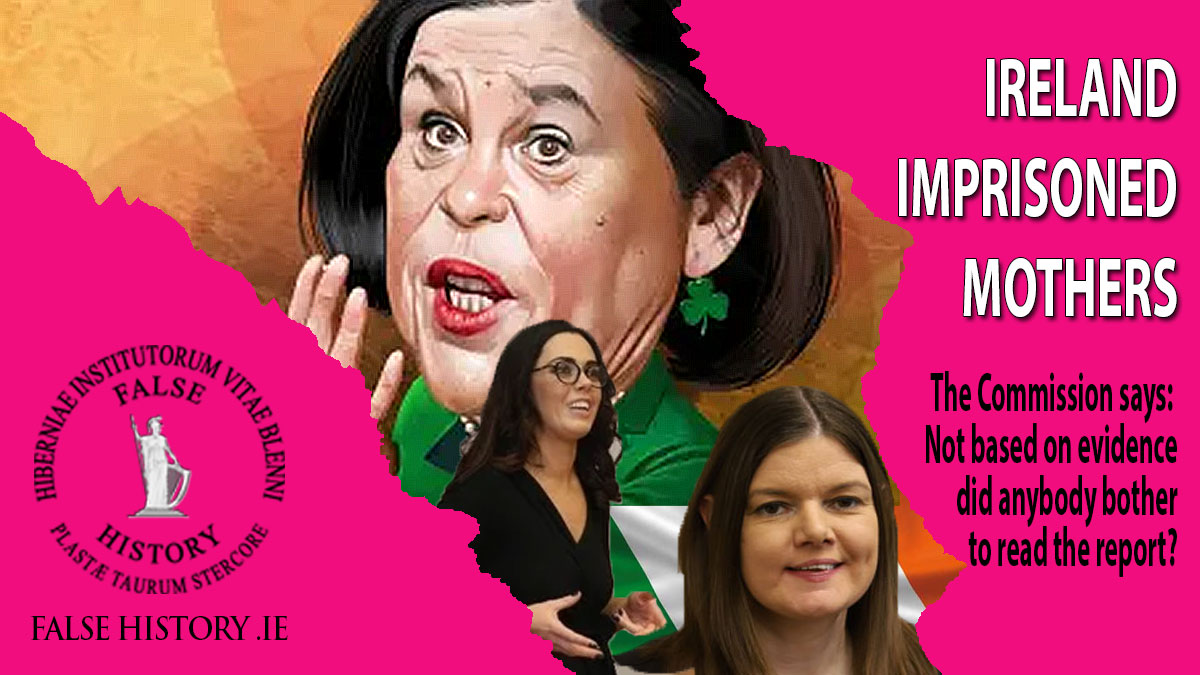 Sinn Féin has suddenly dropped its false claims of deliberate starvation of children and women at Ireland’s Mother and Baby Homes but insist that women were imprisoned at such institutions. The notion enjoys the support of at least one feminist historian who puts it more academically, Ireland built ‘a brutal carceral state’ to contain ‘unmarried mothers’. The Commission rather politely say that there is no evidence to support these allegations. Does the truth matter to feminists and others?

Dáil Éireann debate – Wednesday, 13 Jan 2021 Vol. 1003 No. 1
Report of the Commission of Investigation into Mother and Baby Homes: Statements

Mother and baby homes were not homes, they were detention centres. A home is somewhere where one should feel safe, loved and protected, not a place where one is tortured, imprisoned and forced to give birth in the most appalling conditions, often without medical support or even basic pain relief. These walls hid torture, deprivation and humiliation on a colossal scale. Human rights did not exist in these centres. As a mother, daughter, sister and Irish citizen, I cannot countenance this cruelty. The cries of children and tortured mothers were ignored and trivialised by cruel nuns and others who were involved in these institutions, who ran the institutions as if they were prisons.

Not true Kathleen and not supported by evidence. Engage brain or read the report before opening mouth.

I want to conclude with the words of a good friend of mine, Joan McDermott, who was imprisoned in Bessborough for eight months. She was made to cut the grass of the grounds with scissors. Joan gave birth to a baby boy whose name is David. He was taken from her without her consent or her knowledge. She did not see him again for five long decades.

Not true Mary Lou, your friend had to apply to get in and was only there with her consent. Engage brain or read the report before opening mouth.

8.         There is no evidence that women were forced to enter mother and baby homes by the church or State authorities.

The commission are again far too polite in their dismissal of falsehoods.

7.1       Her efforts to secure admission to a mother and baby home, and countless other stories in this chapter, call into question the widely-held opinion that women were sent to these homes against their will. Mother and baby homes were often the only shelter available to unmarried mothers

For years before, the myth had been perpetrated with one history lecturer at the National University of Ireland, Galway, claiming in 2016 that Ireland built a brutal carceral state. The article is chiefly remarkable for the elementary errors and stands as a work of pseudo-history. More details in the book. 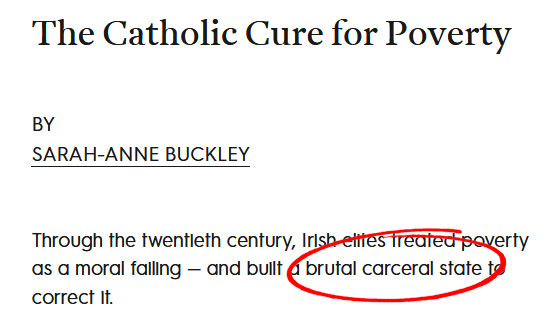