Babies and children are recurring themes in conspiracy theories 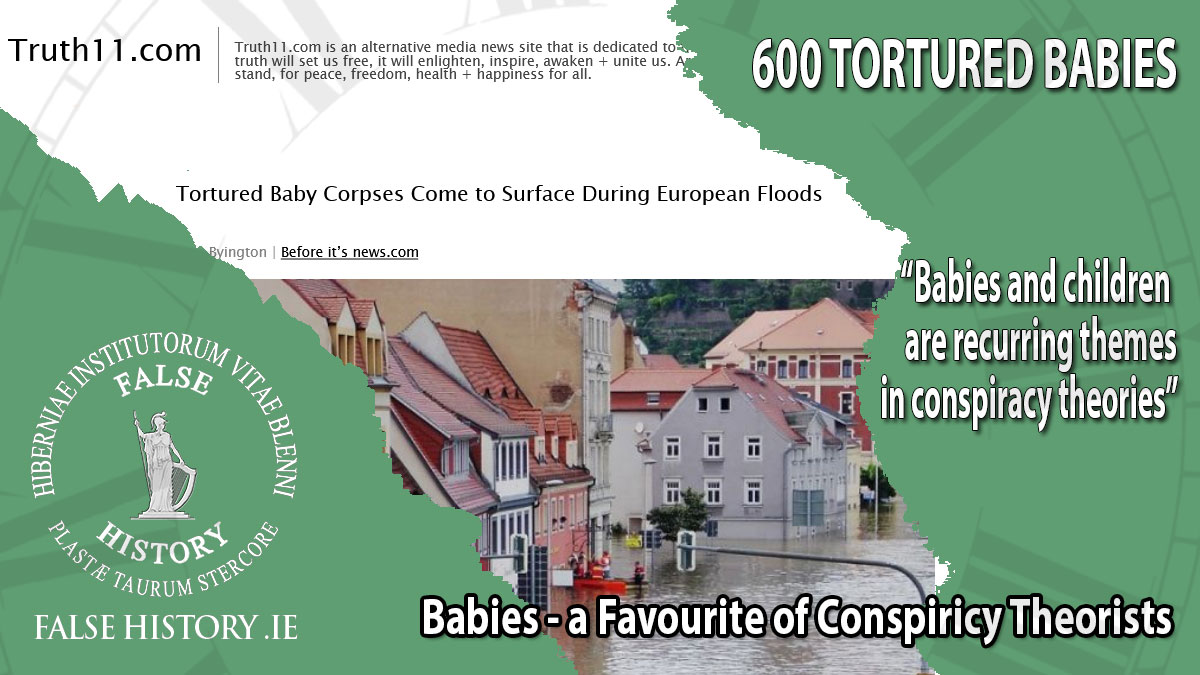 During the recent floods in Germany during the summer of 2021, many people on social media — even those with good intentions — spread the fake news that the bodies of 600 children were found when the flood waters receded. The German news station DW investigated the false story and quotes Andre Wolf, a communications expert who works at the Austrian fact-checking site Mimikama:

Babies and children are recurring themes in conspiracy theories, as they provide a simple way to dehumanize enemies such as elites or the government. “The worst thing that these enemies can be accused of is torturing or killing children,” Wolf said, explaining that this allegation triggered a protective mechanism, a sort of primal instinct, among believers. “People tend to share these messages, get caught up in them and get angry,” he said, adding that they then become less inhibited and more prone to attacking their enemies, such as the state. “The idea is to radicalize people.”[1]